I have worked for 28 months in my current company and I have come to realized that we can be truly and sincere to our job but what count is not what we do, it is what others think. I have immersed myself into a lifestyle that surrounded my life with work, a lot of work. I have worked so hard that I made it everything for me in past years.

Lately, I have started to have weird, acoustic questions playing in my mind.

"Why does other people, living in the same city have the ability to drive a Lamborghini at my age but I am still reluctant of saving a down payment to buy a cheap local liability to contribute to my life?"
"What made us different?"

I know my strength is to build others' capability but I understand that this has not led me far enough to drive my passion towards giving up my current job.

I read a lot, probably too much, so many things are holding me back, what should my next step be?
I wrote a resignation few days back but after 1 week of consideration, I decided to not resign. The fact is that I have not get any feedback from any company that I have sent my resume, am I not good enough out there? I realized that I have too less in my pocket to allow me to be somehow spoiled to jump the gun.

I held back because I felt that I have done something bad humanely.

Two weeks ago, higher management were required to select 2 new team leaders for the company, the result came out and two whom were selected were girls, one an average leader, one a highly capable strong characterized girl. However, the latter girl was found taking an unknown amount of alcohol to work and during her selection period. Based on our company's strict policy of misconduct, she should be immediately terminated. But no one highlighted the issue and allowed her to continue the selection thus to be selected. While the selection was done, I was unhappy. I wanted an explanation. An explanation of why the higher management has chose to forgo the strict policy and allow a promotion to happen.

I did not ask for her termination, I just wanted to know if they are doing justice to all the other candidates whom have participated. I wanted to know if we selected someone because we have known the person long enough or we have selected them because we wanted them to be growing out of their comfort zone and they have earned it.

After the highest management discussion, they had a decision to disqualify the girl from this selection as a form of punishment. However, there were few other things to resolve. Firstly, she has somehow been unofficially informed that she has been selected but the final decision is she has been disqualified. Secondly, the candidate that is to be selected is my boyfriend. This has escalated the issue to a whole new level.

It has been a great disappointment to bring up such a matter to the highest level on overall higher management negligence towards our cause as top leaders. While I brought up the matter, I requested for a fair selection while I am aware my action would cause him to lose his chance of selection.

I asked myself, do I want to be fair to all the candidates participating or just kept quiet so that others would feel happy with the results they wanted. I spoke up. The outcome was that the 3rd candidate took over the second place of selection.

Now I became the "Most Hated Person of 2015". Tell me why I am starting to be reluctant on my work I once see as my life career. 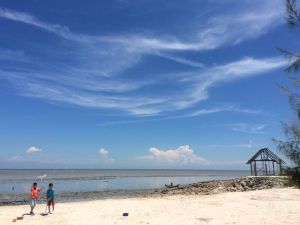